Here's the results obtained by the most recent Android chess engine Deuterium. Close to Arasan and Toga, the elo outcome is in line with PC engine rankings, bearing in mind the gap between Android and reference Windows hardware, usually 120 to 180 ELO. We may conclude the code was ported very well without loss and that deserves congratulations.
By the way i wish this potentially good engine adopts multi processing too. Not yet included, not even under Windows.
The gauntlet was conducted according to the specs of my RAPIDROID ranking. Thus, Deuterium joins the competition starting from round 15, to be released soon with an update. 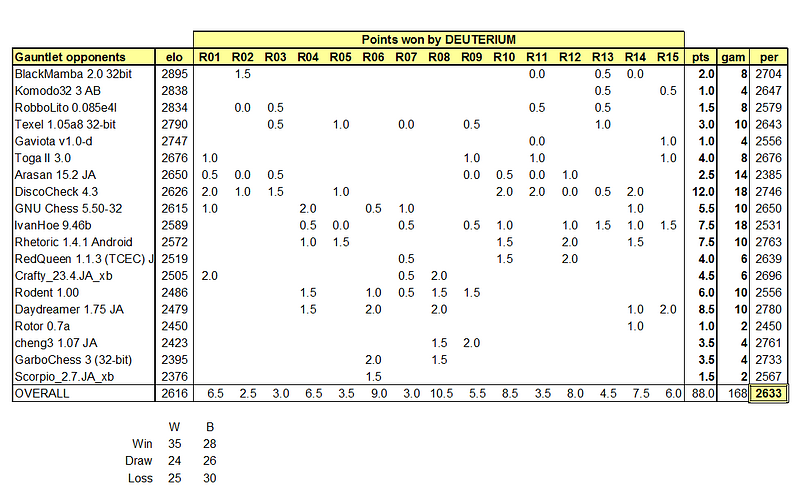