Strongest Stockfish 6 compile for Android... is in Droidfish 1.57!

I could totally forget to conclude what i've been questioning here a few weeks (months?) ago. Hopefully, taking a look at the previous posts summary has reminded me the answer i owe.

Most of the Android users will remember the presence of several Stockfish compiles. Naturally one wonders which one plays better chess, in other terms, which one would compete better against Komodo.

Looks like the competition is spread everywhere, on every platform where two engines exist. Android is no exception.

To find an answer to the question in subject, i've started a closed tournament between all 32-bit Stockfish compiles using TCEC-6 opening book.

As seen is attached summary, the binary bundled with Droidfish 1.57 performed slightly better than others from the beginning until the point i'm done with a stable standing. The experiment could continue forever but i've noticed the ranking doesn't seem to bring any surprise. Then, i stopped it to type a verdict.

Beside the fact that Droidfish provides with better compiles, Jim Ablett's RC6 and v6 compiles are very close to arm7 compiles despite their disadvantage related to arm5. If i was to request something from JA, that would be to forget arm5 and compile for arm7.

Regarding 64-bit compiles coming with Droidfish, i've got nothing to say as i decided to stick on 32-bit Kitkat. For me the Lollipop upgrade takes away more than it brings. I can't dare using it unless it can run 100+ existing 32-bit engines.

I would be glad to share a PGN of the games but all Stockfish compiles except for JA use the same ID in the tags. So it's very difficult to identify them. To avoid confusion, i've been keeping the summary by hand on an Excel crosstable, round by round.

The tournament was conducted on a Rockchip RK3188 quad core downclocked to 1.0Ghz using 15'+2" regular Rapidroid timing. Some chess quality had to be sacrificed to stay away from cpu throttling without extending the duration. I guess more time would not change things considerably, therefore i'm confident with below verdict (click on image to enlarge).

Please note that the original compile (made by Stockfish team under Linux) is used as a 3200 ELO anchor to rate others. Rapidroid rankings use this compile. 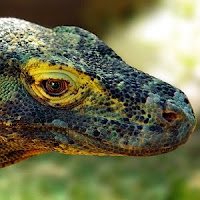 The Android version of the reptile is finally updated from 9.1 to 9.2 following the PC version. Owners of the previous version can update their current installation for free via Google Play: HERE

The update is released a few days ago but due to intensive Rapidroid tournaments running on all my devices, i've remained away from the update notifications.

I expect none of the readers of this post will get that update after me. I'm probably the latest one.

Regarding the strength, i guess there's nothing extraordinary compared to 9.1. Meanwhile i will verify that statement and replace all previous rated games if necessary. That seems a little complicated as we can't have 9.2 vs 9.1 in a hundred games automated match. Maybe i should start replaying previous Rapidroid games and decide to keep replaying or not after 50 games, though it will be late to stop the replacement.

P.S.: After running a new round of Rapidroid using 9.2 and seeing it crushing all 3000+ engines easily, i change my mind now in favor of a full replacement of 9.1 with 9.2. Be it related to the thematic B92 opening used or not, 3459 ELO performance over 18 games is something serious.
Posted by Unknown at 2:15 AM 1 comment: