The new version 1.4 of Rhetoric UCI engine, as reported here in a comment (thanks again for the tip), included an Android compile. As i don't wanna miss anything working under Android, i've downloaded the package from HERE and have tested the compile under two GUI's i'm using.

Rhetoric 1.4 works flawlessly under Droidfish and also under Chess for Android. I must admit the compatibility looked perfect. I can only expect multi processing for 100-150 elo more strength. 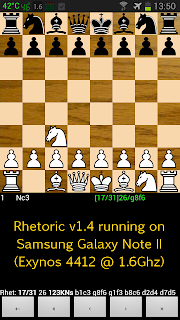 Given the compile is working in tournament mode as well without problems, there's no reason to exclude Rhetoric from my Blitzoid ranking. At 5 sec/move, around 180 games will take some time. Therefore, i wanted to experiment a quicker evaluation using bullet conditions and results came out as shown below. Thanks and congrats go to the author Alberto Sanjuan. 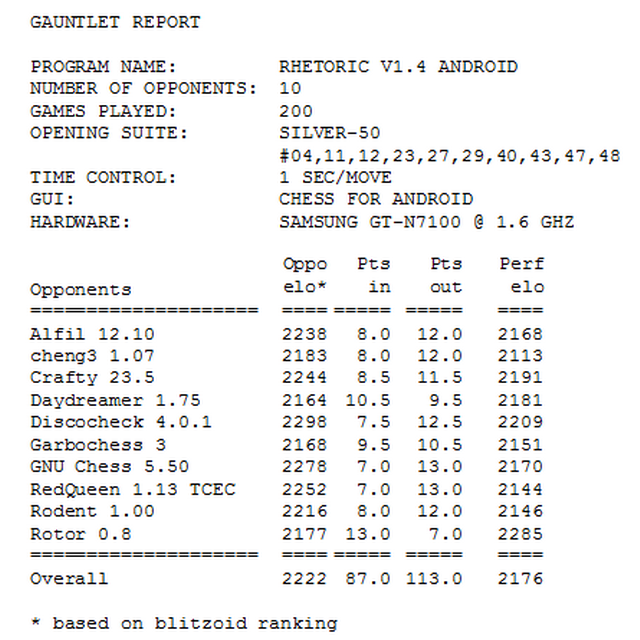 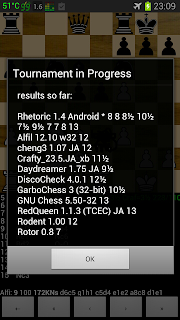