IGCA (International Computer Games Association) is not FIDE of computer chess. At least, it's not recognized like this since a while by a large community of chess addicted people.

Let's say the open source era with hundreds of free engines updated zillion times a year has become uncontrollable by such hierarchical organisation. It's clear and obvious that programmers don't like to be directed and depending on authority anymore. If you ask me about human players, i wouldn't reply differently though. After all, it's not a post about FIDE.

For many years, WCCC held by ICGA in various cities around the world had been the only reputable event where top chess programs had competed. Folks aged enough will surely remember those Mephisto, Shredder, Junior, Fritz years.

Today information flows much quicker through countless channels, thanks to unlimited communication tools, live tournament broadcasting, automated games leading to thousands of tests etc. Indeed it's an environment where people don't meet each other in person, less warm, less emotional, maybe too mechanical.

I can never deny the precision brought by TCEC which deserved the Unofficial World Championship status but the human-like tournament ambiance, real chess pieces operated by human hands still remain sympathical to me. I still enjoy following WCCC.

After Yokohama Japan in 2013, this year WCCC moved to Leiden Netherlands, one of the major chess cities. Well, only a single round robin with eight games played by each of nine participants, running on different hardware. Consequently, there can be no scientific basis to prove the winner of such tournament is the strongest of all programs available.

But who cares? It's not a testing lab, just a tourney. The games were fun enough and JOHNNY won that tournament with 2400 cores running in parallel. That's all to tell.

These days, evaluation and search algorithms are so sophisticated and developed that they often count more than the processing power. That's why it's hard for me to see extreme hardware can still overcome programming. Jonny deserves the congratulations here, especially for defeating the mighty Komodo. That game looked like a true breaking point which kept Komodo from winning the tournament. Once again, we have witnessed that surprises increase popularity. Frankly, who would enjoy watching games ending with expected results? 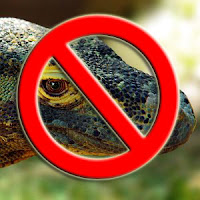 
The games in PGN format: HERE

The everlasting "how to break through a pawn fortress" game won by Jonny against Komodo: