News from the Rapidroid labs

Unless there are new engines or updates, Rapidroid is a non-stop and unlimited tournament running by divisions, in up runners and down runners basis. There are basically 11 divisions of 9-10 or 11 engines in each and after each round 3 winners go up, 3 losers go down and the roulette turns again.

When there are newcomers to introduce or updates, things slow down and get complicated because the strict rule (Why the heck did i invent it?) tells "Only one version of each engine must be included". 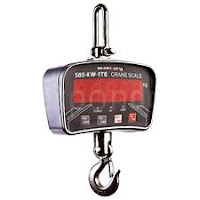 That means any updated engine requires that all previously played games are removed and replayed with the new version. All related PGNs, as well as all previous rankings, graphs, stats etc. must be also updated.

This is exactly an erase and rewind scenario. I know it's hard to do when there are dozens of rounds already played but i'm sure the final result is the most trustable one without rating distortion.

In case of a new engine to introduce, it's still complicated because i have to find the correct division to introduce it without losing the balance between the number of players in each division. It may happen that no place is available in the most suitable division. In such case, the first or the last engine of that round must be ported to the neighbor divison. More and more games to replay!

The number of ECO lines played by each engine must be also monitored and kept well balanced to avoid the effects of sensibility to a given opening category. An engine should not always play ECO A for example.

After October-2014 release, i'm currently working on November rankings which will integrate below changes:

Mini Rodent 1.0 will be added (Yes, it may distort for a while but that Mini and Rodent 1.7 will be both gone when Rodent 2 will step in)

Due to above updates, i delayed the introduction of the second dedicated computer Excalibur LCD Express. Hopefully noone would cry out for that :-)