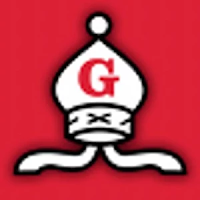 By default, the Google Play edition of Droidfish is designed to check the hash size selected by user and lower it whenever the remaining free memory is low and risky.

System safety takes priority here. However, the experienced user may prefer to use bigger hash sizes in exchange of some risk, especially on devices allocated to chess only, like tablets without cellphone functions or any Android device not yet populated with dozens of memory hungry social network apps etc.

I'm simply one of those out-of-the-standard users. Being limited to 16MB hash while 600+ MB RAM is free looks oversafe to me. The main problem in my case arises when i play manual games between Android engines and other chess progs. I just can't give 256MB hash to one Android engine under Droidfish the same way i used to do with two engines under Chess for Android.

Even with two engines running at the same time, Chess for Android runs with 2 x 256MB allocated when playing automated tournaments. However, playing manual time controlled games with CfA is impossible because it won't allow negative clocks and will simply flag. The game is terminated because of the extra time used by myself to enter the moves. Operating overheads are unavoidable.

That's why i had to use Droidfish as the only GUI for manual games, since it will not terminate the games when time runs out.

Hopefully, Peter Österlund was very kind to compile a special version without hash limit. As Google Play installs the standard version only, the special version must be downloaded as apk and installed  manually.

You can access related topics from Talkcess.com below for further details:
TOPIC-1
TOPIC-2 (with the link to the apk)

As an alternative download, i've placed the same apk in my repository at box.com: HERE

I've tried too on Bluestacks emulator. 512MB worked fine. I clearly see the free memory dropping by 500+ MB. Now, i will install on my tablets.