Following our request, Andy Grant has come back to the Android port of his engine Ethereal and compiled the most recent version for arm5.

The good news is that the new build works fine on my older Exynos 4210 arm7. It will probably do the same on never processors. Though we don't know about Lollipop and beyond. I didn't add yet nopie or pie to the binary as i couldn't test under Marshmallow. So please report whether Ethereal works with such environment if you own one.

There are somehow some minor remarks for Andy:
* The version is not in the ID label, it only shows Ethereal. Would be better if it shows "Ethereal 7.70"
* He compiled for arm5T which is rarely seen. Most builds are targeting for arm5TE. He can switch to 5TE.
* He may try to compile for arm7A for higher performance. 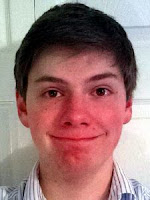 A young talent!
Thanks to Andy. I hope to introduce Ethereal in Rapidroid as soon as possible.

GET Ethereal arm5 for Android 32-bit
Posted by Unknown at 1:20 PM