Thank you for a very enjoyable game

The post title refers to the words of a computer, seen in the header image of my blog which is taken from 2001: A SPACE ODYSSEY, showing Frank Poole losing a chess game to HAL9000, the supercomputer in charge of almost everything in the spacecraft on the way to... hmm well let's say to beyond the infinite, as seen at the end of the movie.

There are million words to tell about the movie itself which is for me a very deep combination of multiple stories but what i want to remember now is the game itself which in fact is an early prediction of the chess computers taking over humans in that gigantic puzzle.

While the movie is a science-fiction, the game Poole loses to HAL is a very old one, played by true human players in early 1900s. It's kind of a short and sweet hit by black after the way too greedy Qxa8 quickly punished.

Here's the position from where a good 12.d4 would be enough to keep the balance: 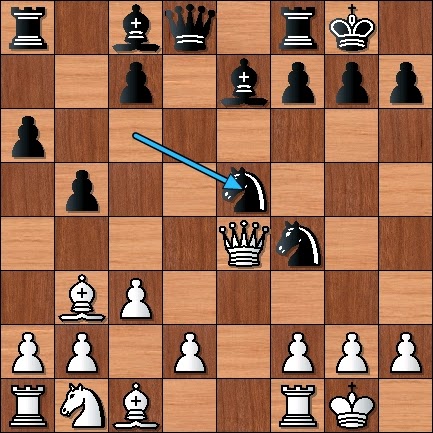 A few articles out of zillions also available on the web:
http://en.wikipedia.org/wiki/Poole_versus_HAL_9000
http://www.visual-memory.co.uk/amk/doc/0095.html
http://timkr.home.xs4all.nl/chess2/schlage.htm
Posted by Unknown at 8:11 PM