Another updated Android port by Jim Ablett. Phalanx jumps from XIII to XXIV. Glad to see the recent version available for our devices.

The compile works flawlessly when imported to Chess for Android as an Xboard engine. The nodes per second performance seems lower but once again that has no meaning between different versions. I'm sure the engine evaluates less positions in a smarter way to issue better moves than before. 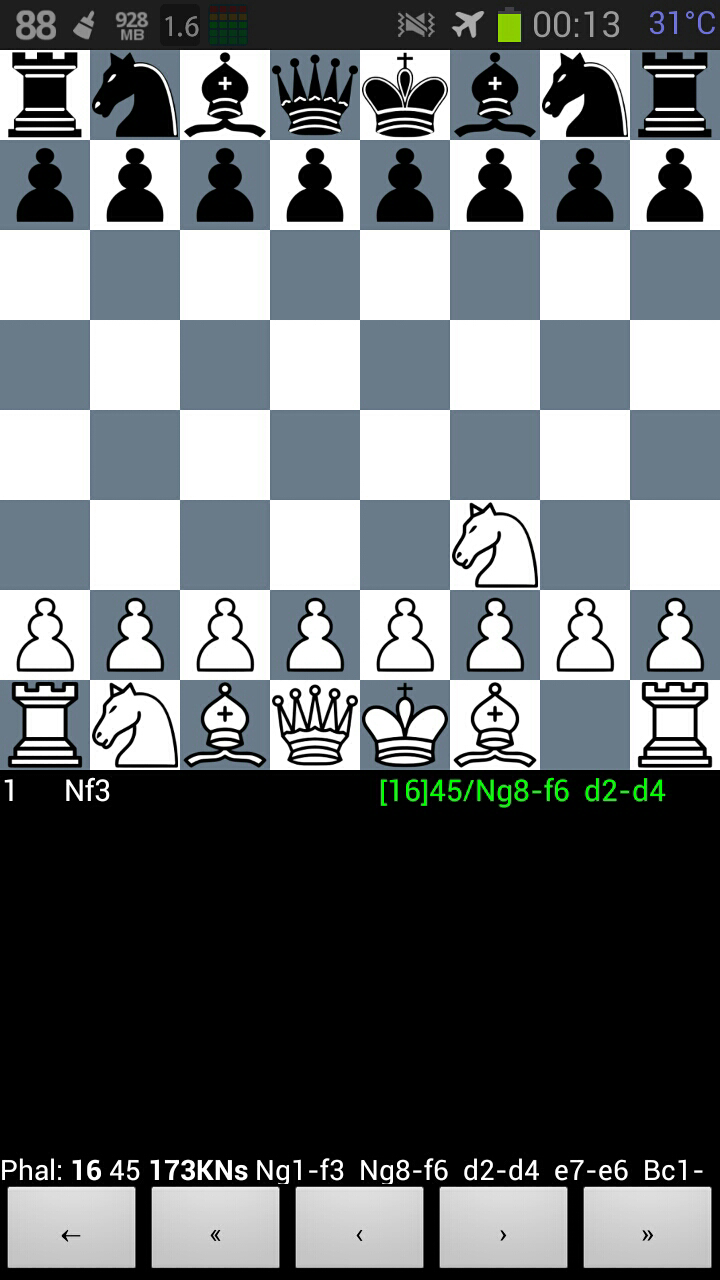 You can check hundred newspapers very quickly to miss the most important news in all of them or you may choose to read only half of them but more in detail and you hit what you're looking for. Analyzing chess positions looks similar to me.
Posted by Unknown at 1:42 AM

THNX for This great Blog.
I come here everyday.

This Phalanx Engine is great !
Very human playstyle.
I want to thank Mr. Ablett for This fine job !
I love these great compiles ,especially the older engines I love
the most.

I have 1 question: "Wich Android chess Engine is the most aggressive?"
(ELO is not important for me, only playstyle)

Try Texel first. And among weak ones ZCT deserves attention.

Ok thnx for the reply.
I shall try them out.

Yes. Only xb support. Unfortunately we can't get full power of it. Limited hash size probably takes away some elo.