At 15 seconds/move, this will last days but no problem. I'm familiar with loooong tournaments already.

The same duel is played at the same time on 2 cpu's of different architecture, using same openings in same order. Thus, it's fun to follow two channels in parallel.

A bonus of this procedure is the opportunity to access tasty sweets n' refreshments too, at each checkpoint. Well, if it was not clear enough to understand, this photo can help. If you don't see any refreshments here, that's because i've just eaten them to get more space for devices :-) 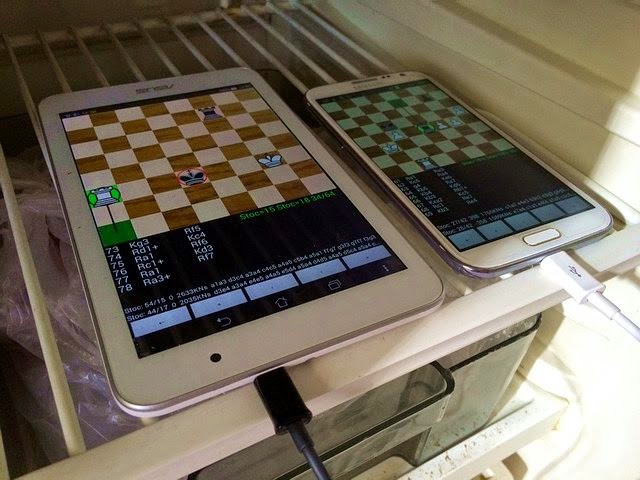 Two devices are running in a 10C environment, using not-the-best-looking but the most efficient method for keeping the cpu's under 75C, away from throttling. Yep it's funny but it's simply working.